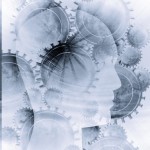 Humans are designed to believe that the most important thing our brains do is think. We assume that creating art, programming the DVR and arguing philosophy is what the human brain was meant to do. We believe that if we think about something hard enough, we can make it reality.

It is partially true; humans have an unprecedented ability to make stuff happen. But the vast majority of what the human brain does is the same job brains perform for every other branch of the animal kingdom.

Believe whatever you like but your ability to imagine a perfect world order doesn’t mean squat if you are eaten by fire ants, run over by a truck, overcome by noxious gas or poisoned by a tainted cupcake. The most important function of your brain is to keep you alive to forage, love and read blogs for one more day.